When it comes to learning how to work together and analyze problems, gaming has few equals — and it has the added benefit of being fun.

While an esports thread could be coming, the club’s heart is rooted in strategy-based card and board games, whether classic or contemporary.

Club adviser Anthony Cole also works as a success coach for students seeking help with their classwork. His love of games began when he played chess with his father, a local champion in the Harrisburg region.

The Gaming Club is open to CCA students in grades 6-12. Students are attracted to gaming for the challenge and skills they hone that help them with career-readiness, he said.

“It really comes down to the idea that they can work as a team with others,” he said. “They learn critical thinking and how to work through a situation as they have fun in a competitive atmosphere.’’

Today’s Gaming Club members are likeliest to be found playing “Yu-Gi-Oh! Trading Card Game.” The global “Yu-Gi-Oh!” phenomenon, one of the highest-grossing media franchises of all time, is based on a Japanese manga cartoon that was spun off into animated series and video games.

In them, a boy named Yugi uses trading cards to work his way out of dilemmas. The real-life card game mirrors that fictional version, with players deploying monsters and spells via cards while they try to shed predetermined points on their way to victory.

“By playing the games as a team instead of individually, learners build relationships with each other and learn to work together,’’ Cole said. “It also helps them to think strategically.’’

In the 2017-18 school year, the club hosted two “Yu-Gi-Oh!” tournaments at CCA’s drop-in center in Harrisburg, where Cole works. The events attracted about 20 students from all over the state, including Pittsburgh and Philadelphia. Everyone had an opportunity to play four or five matches. First- through third-place finishers were crowned, and everyone got prizes, many of them items associated with playing “Yu-Gi-Oh!”

The colorful designs featuring monsters and the tie-in to the animated TV show keep the interest of the students.

“They like the monsters and the fantasy aspect behind it,” Cole said. “The TV show is very relatable, especially for younger kids. The graphic design on the cards is really beautiful.”

While some students have already met, the tournaments help others meet in person for the first time. The tournaments bring out the competitiveness of some students to “an all-time high. It really brought a community together. New friendships were definitely formed.”

Cole hopes to host another tournament in the 2018-19 school year.

Cole has been playing “Yu-Gi-Oh!” since he was a child, and he plays games whenever he can. He also enjoys coaching basketball for a local youth organization, helping provide opportunity for many students who love the game but don’t want to play for their high school teams.

The Gaming Club helps students understand the value of playing games in moderation — getting the benefits without becoming consumed by play.

“Gaming can be a very healthy tool to engage kids, if done appropriately,” Cole said. “They can learn that it doesn’t have to take their whole lives and their whole time. They can have an even balance between everything, and it’s a way for kids to have something they can do for fun.”

This year, Cole is working on the possibility of an esports team, which would introduce students to the hottest trend in sports. It’s all part of his drive to give back to the students, providing them the same joy and skills that gaming has given him.

“I love doing all those things with the kids and being able to experience it with them at their level,” he said. 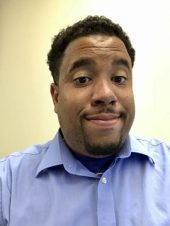 9 Soft Skills That School Teaches You

The Importance of a Daily Routine for Students