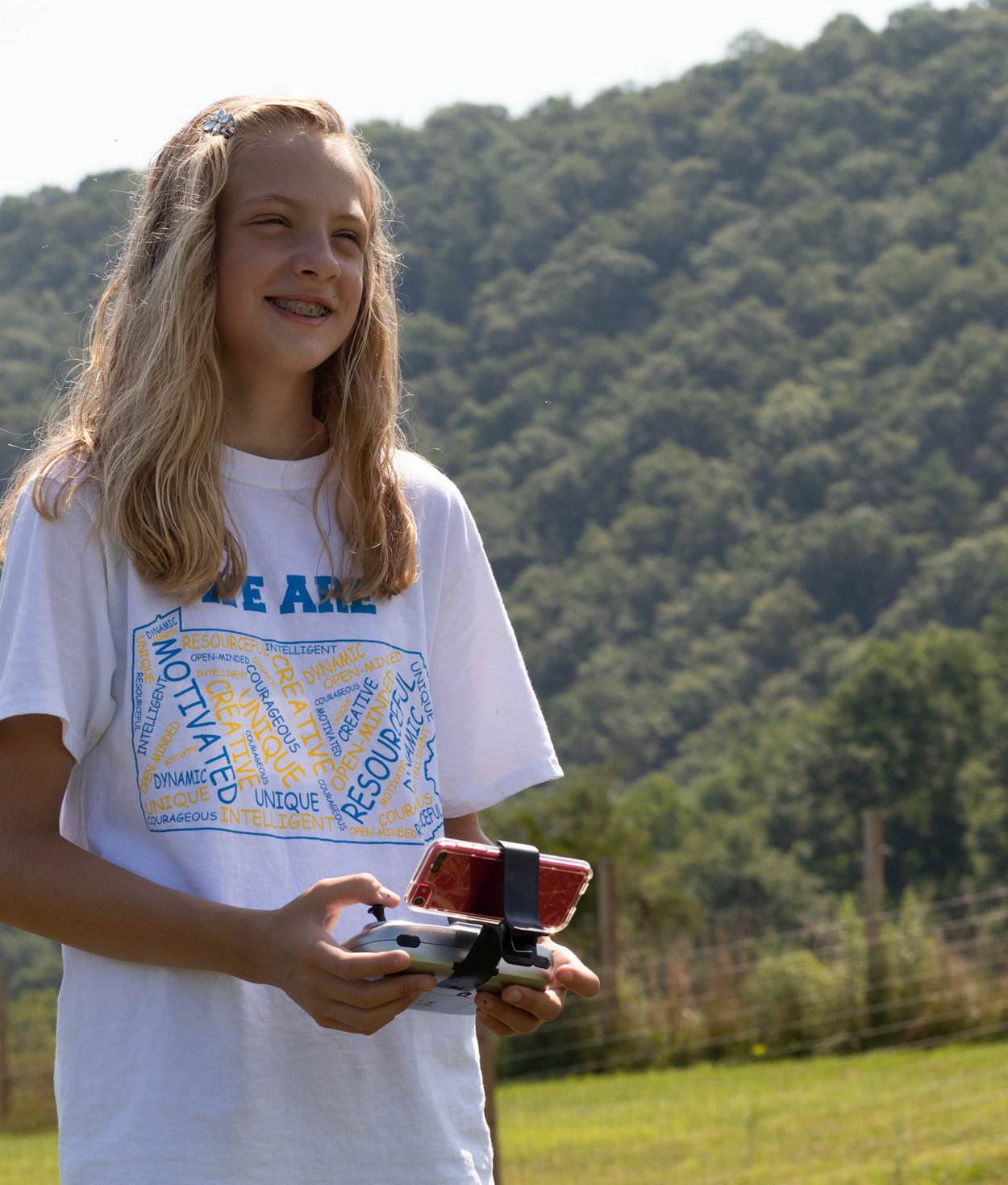 CCA cyber school teacher leads his students into technology of the future in the Drone Club.

“They thought they could use some type of scoop to pick up the dog food and then go over and drop it in the dog dish,” Bennett said. “We were trying to tap into the imagination of it all.”

The CCA Drone Club, a new club for the 2018-19 school year, hopes to inspire similar flights of fancy on the way to teaching responsible use of a futuristic technology that’s here to stay. CCA offers more than 40 clubs that appear to students with a variety of interests.

Bennett, a CCA sixth-grade math teacher, expects that club members will learn to fly drones, study career possibilities and discuss the impact of drones on contemporary and future life.

Bennett’s wife inspired the club with a simple question when they were shopping for Christmas presents: Do drone pilots need licenses to fly?

The question sent Bennett on a search for answers and into a world full of rules, regulations and possibilities. His suggestion for a CCA high school drone class that would qualify learners to pass the Federal Aviation Administration’s test for a remote pilot certificate required to fly drones commercially is under consideration.

In the meantime, Bennett’s idea for a drone camp attracted 43 enrollees, which in turn inspired the idea for a club.

At drone camp, a virtual experience, students started with safety rules, including a prohibition against flying higher than 400 feet. They made windsocks and studied wind speed and directions. They practiced takeoffs and landings of their drones – miniature versions with eight-inch wingspans and weighing less than half a pound. Then they learned to manipulate their crafts forward and backward, and left, right and spinning.

“I wanted them getting very comfortable with flying the drone,” Bennett said.

When it was time to fly, Bennett challenged students with a “drone racing league.” Campers sent their drones through obstacle courses fashioned from items easily found at home – Hula Hoops, clotheslines, dogs.

“I kid you not,” Bennett said. “They used their dogs. The dogs stood up on their hind ends and put their paws together, and the drone flew under.”

Club members also will explore the ethical and privacy questions prompted by the sudden interjection of drones into daily life.

“They just see the cool things about the drone and don’t know there might be some negatives behind them,” Bennett said. “I want the kids to be aware of the issues surrounding drones and their use.’’

Flying drones also requires students to employ academics. They learn the science behind aerodynamics and the math to measure distances and track time when creating videos from drone footage.

Families will buy their own drones, but Bennett will help them “locate a good-quality drone at a reasonable price, one that doesn’t break the bank. They’re out there.”

Club enrollment is open to students in grades 3-12. Bennett expects to differentiate experiences by age.

“I want the kids that are younger to get excited about the drones,” he said. “The ultimate goal for high school-age kids is to take a course to be a licensed drone pilot. The only way to get off the ground is to get excited at the younger grades.”

Finding new ways drones can help people will be part of the club experience as well.

“I want to encourage their creativity,” Bennett said. “We’re just scratching the surface. Someday, we might have a drone that really does feed pets.” 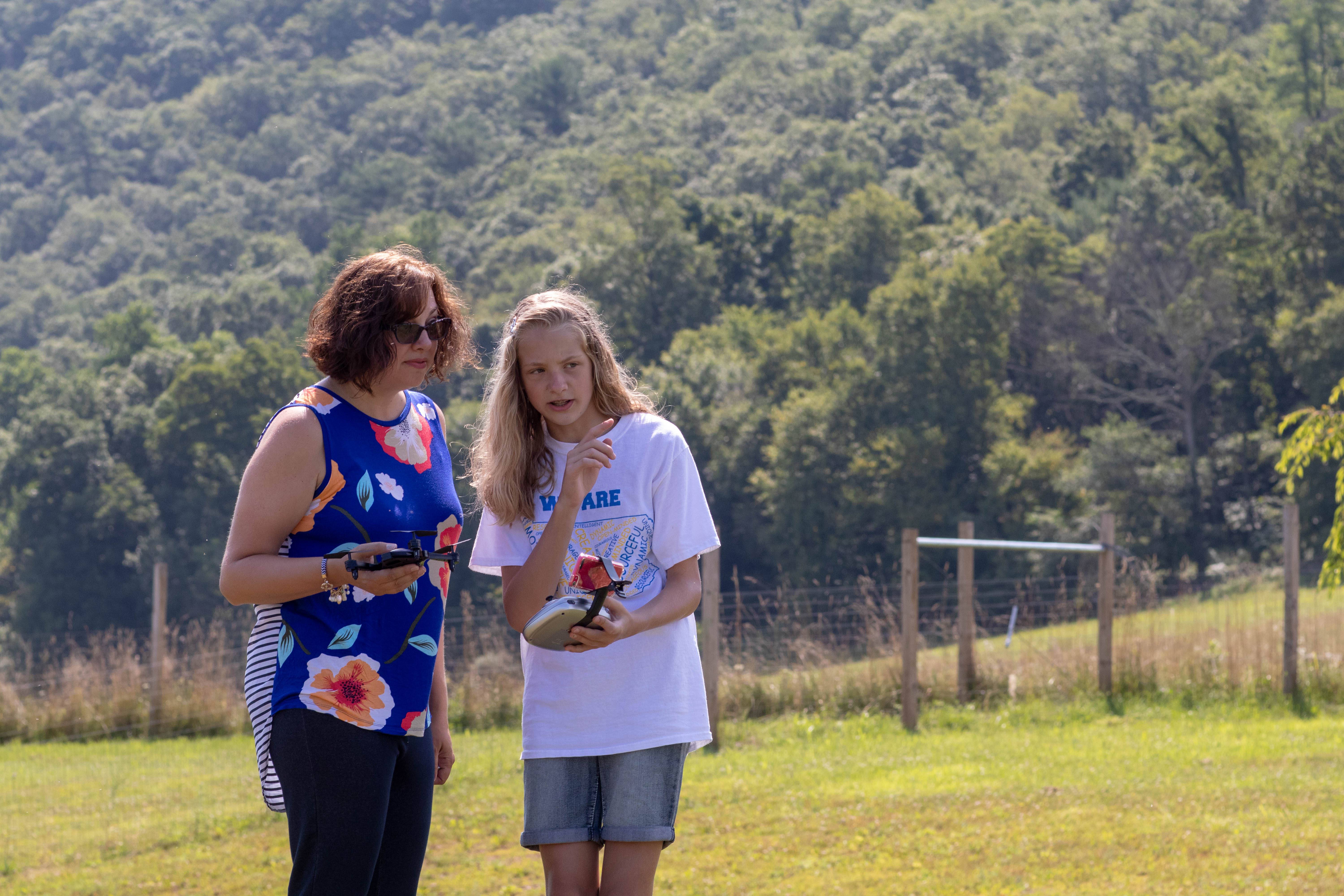 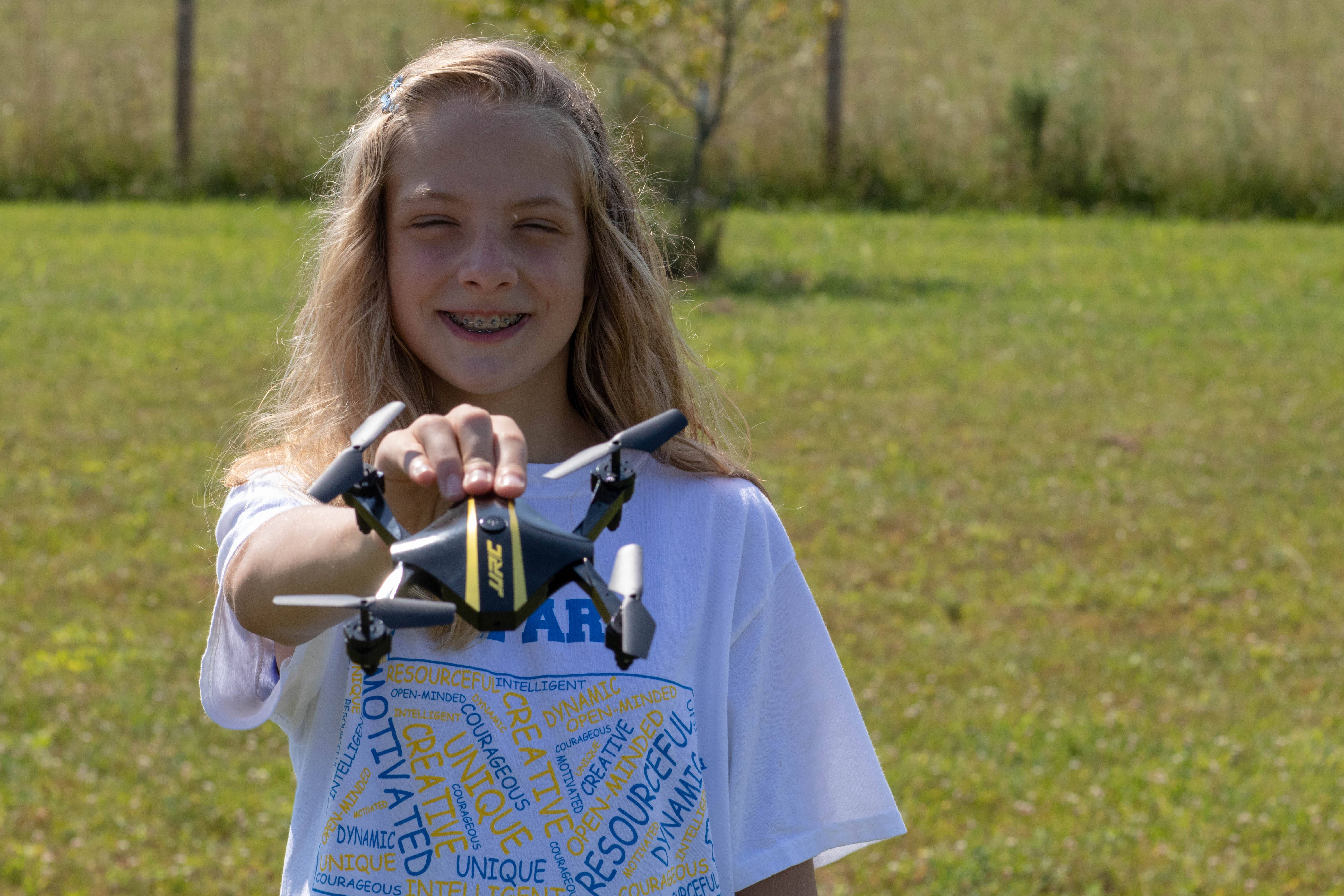 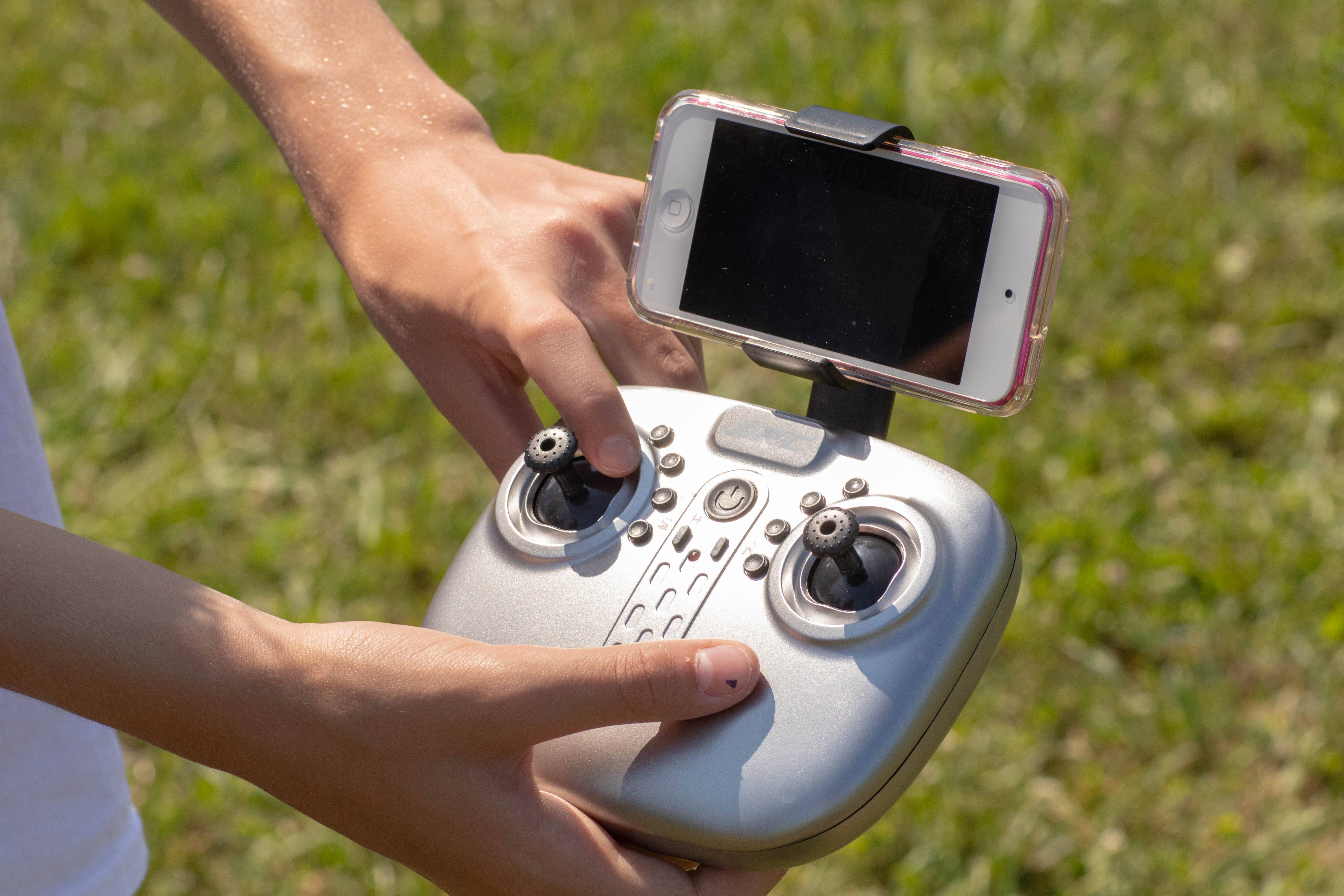 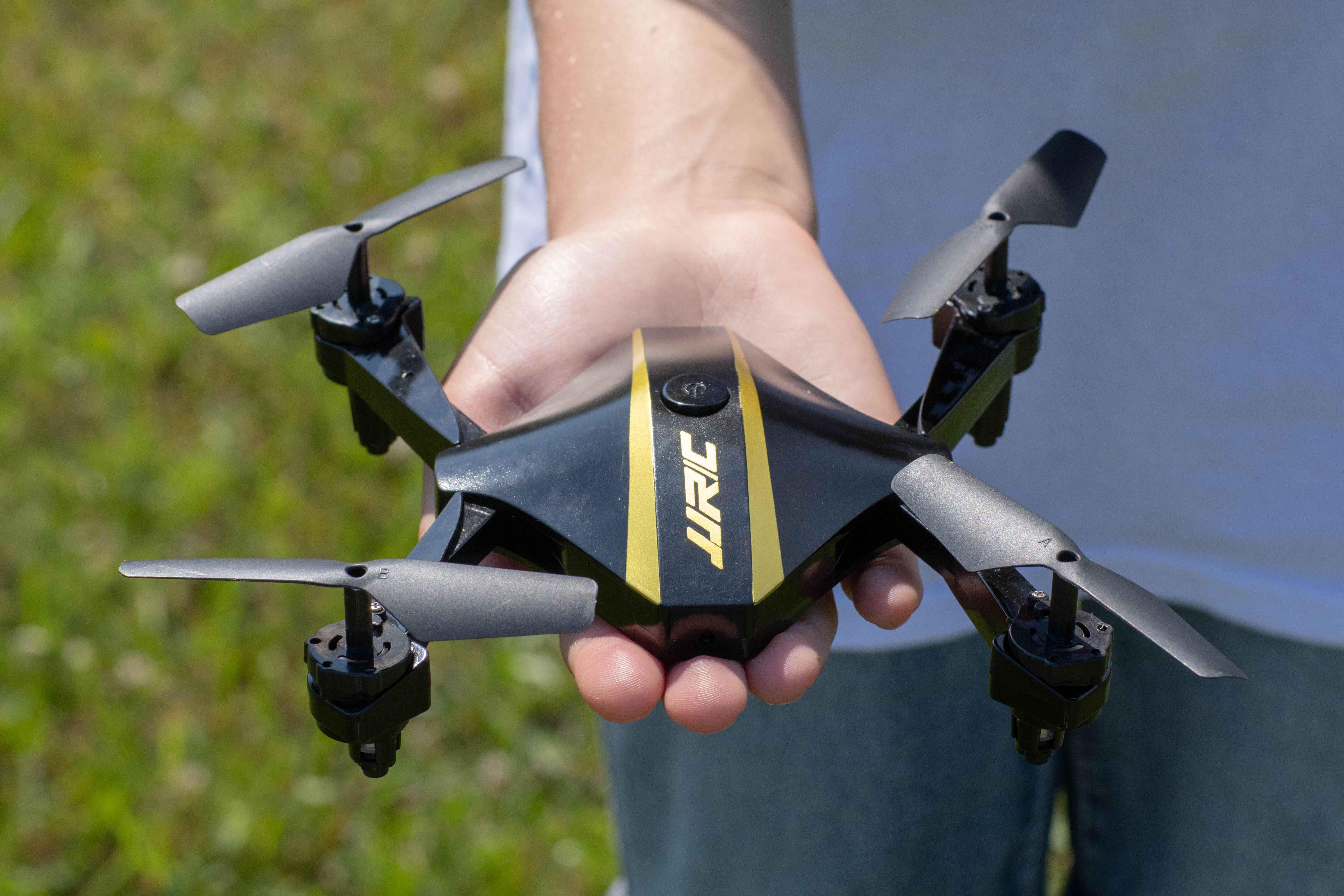