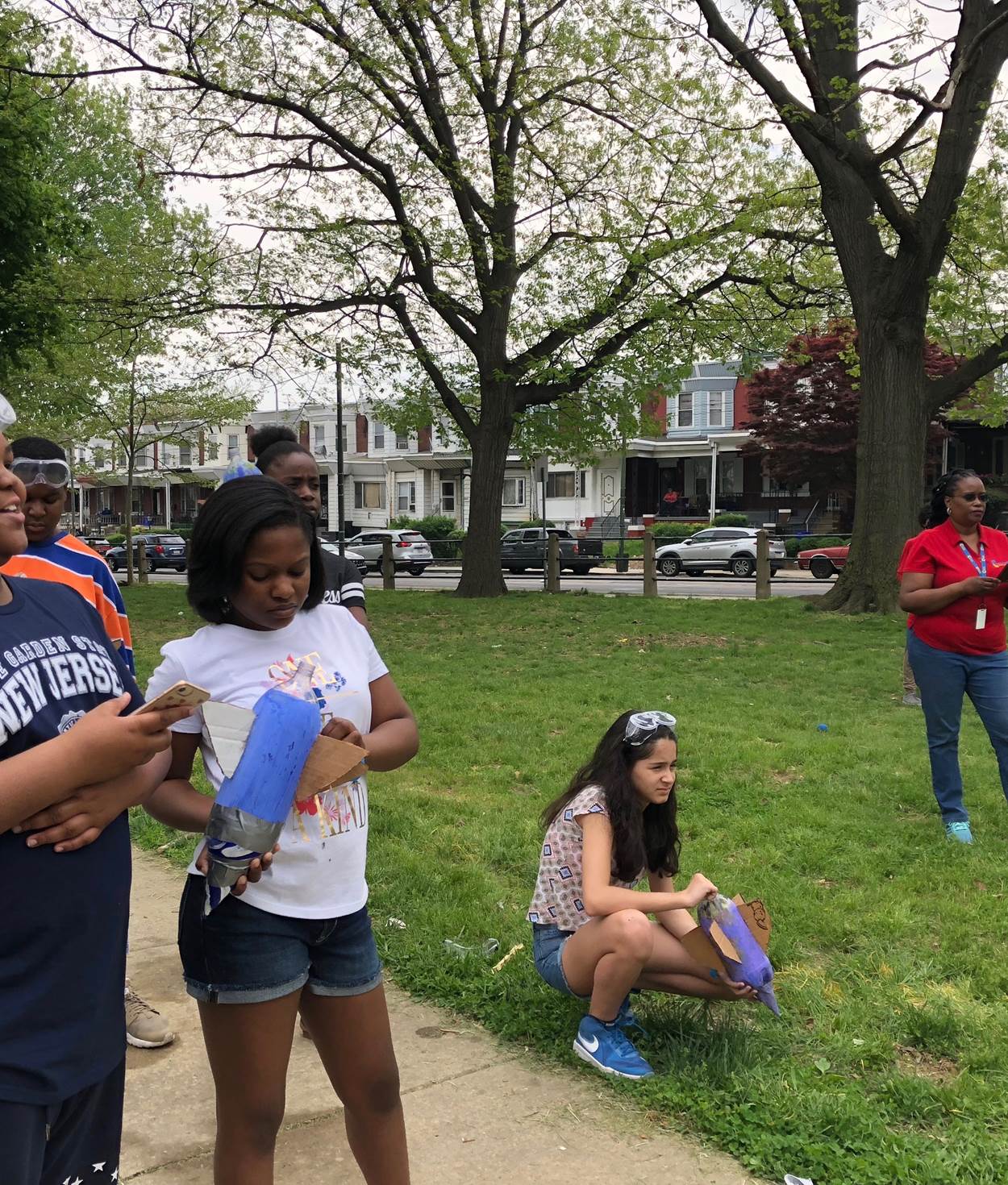 The society’s recent bottle rocket challenge furthered the society’s mission of learning through creation and having fun.

CCA site coordinator Kene Akinbule doesn’t just want students to learn. He wants them to create and have fun while being educated.

That idea was put on full display May 4 when students involved in the CCA Makers Society participated in a bottle rocket challenge at the West Philadelphia Family Service Center.

When society member Jerome Boyer saw the rockets soaring through the air, the sixth-grader had only one thought: “Wow.”

“It was fun to watch all the rockets go up,” the 12-year-old Philadelphia resident said.

The challenge winners were eighth-grader Max Dolan, who came in first; seventh-grader Teyvian Blakeley and eighth-grader Micah Lee, whose team came in second; and sixth-grader Kriss-ann Grant in third place.

“I liked seeing the rocket go really high,” 12-year-old Kriss-ann said. “I didn’t think it would go that high.”

Every Makers Society activity has an educational component behind it. The bottle rocket challenge, for example, demonstrated Newton’s third law of motion: For every action, there is an equal and opposite reaction.

“Most of what we do comes from curriculum-based ideas that are geared toward furthering the knowledge,” Kene said about the society. “Other ideas are meant to pique students’ interest in materials.”

For the bottle rocket challenge, students created their rockets from scratch. Using a 2-liter soda bottle as the base, members created and designed their own bottle rockets.

Jerome’s bottle rocket featured his initials inside a Krypton symbol. Kriss-ann named hers the Night Sun due to its contrasting colors of yellow and dark blue.

The rockets flew thanks to pressurized water. As they went into the air, students used trigonometry to calculate altitude to teach a bit of physics. Other students used various apps to measure and calculate traveled distances.

Kene had been a member of the makers community, which encourages the creation of items, media and more with one’s own hands, for a number of years.

Fridays at the West Philadelphia Family Service Center are free days. In fall 2017, Kene decided to start the society. It was based around a simple premise: each Friday, instead of sitting at home, students would come to the center and create.

He put up a flyer, and the society now has nearly 20 students participating.

The first activity tackled by the society was a pumpkin carving challenge. Students carved pumpkins and were tasked with using as much of the pumpkin as possible in an effort to teach them how to be industrious and efficient. This challenge was one of Jerome’s favorites.

“I had a lot of fun carving the pumpkins,” he said. “It taught me to be precise so you don’t cut yourself.”

Since then, the students have participated in a Code.org Codeathon, and created a code map on the computer. The code map was then used to control a Star Wars BB-8 droid toy to go through a maze, as part of a challenge to map and execute code.

The students then took on a project that would merge technology and fashion to teach them about circuits. Students created clothing that featured LED lights.

“It taught me how to sew,” Kriss-ann said about the challenge. “I wasn’t good at it before.”

As long as a student is willing to create, the Makers Society has a place for them. It doesn’t matter if they want to write a poem or write code for a robot, Kene said everyone can participate.

“As long as you’re willing to create, there is a place for you,” Kene said about Makers Society. “Creation is the common thread.”

Kene hopes to have the society open to the entire CCA community next year, with independent branches across the state. The Makers Society is just one of many socialization opportunities for CCA students. There also are a variety of clubs and activities available to students.

Kriss-ann and Jerome think every student should have the opportunity to participate in the Makers Society.

“You’re going to have a great time, even if you’re not into it first,” Jerome said.

“It’s super fun,” Kriss-ann said. “It helps you to put down the technology and learn do other stuff.” 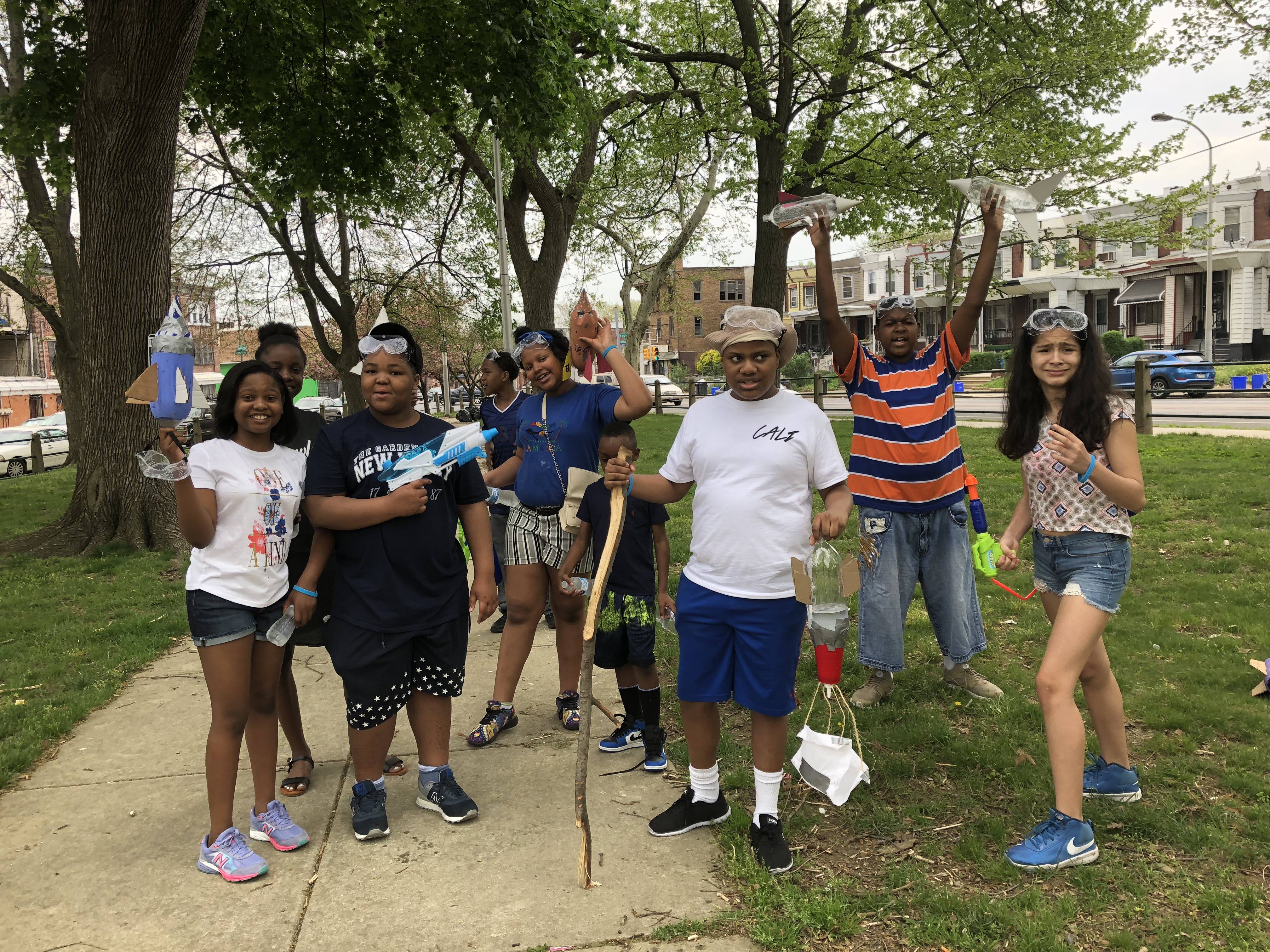 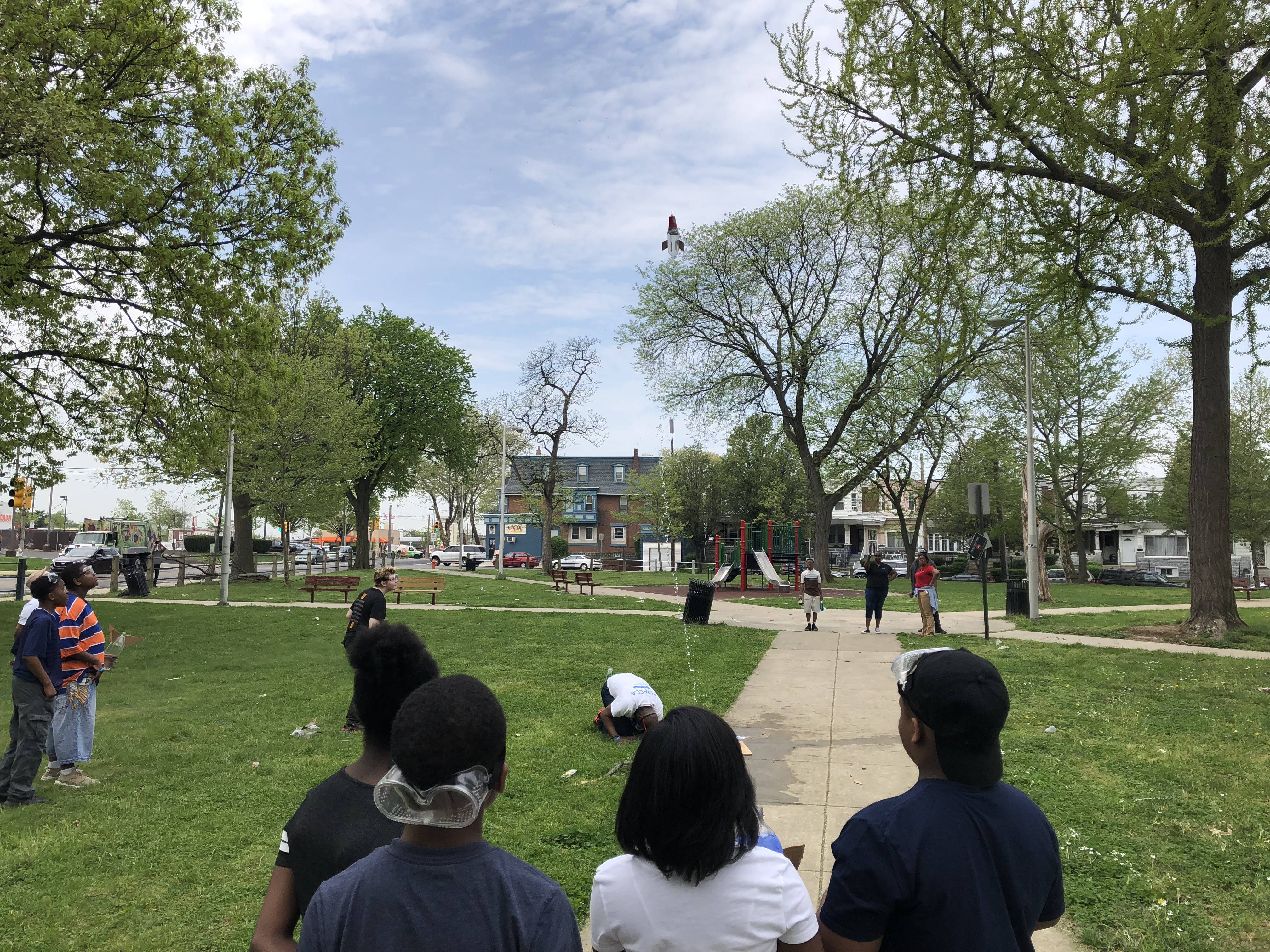 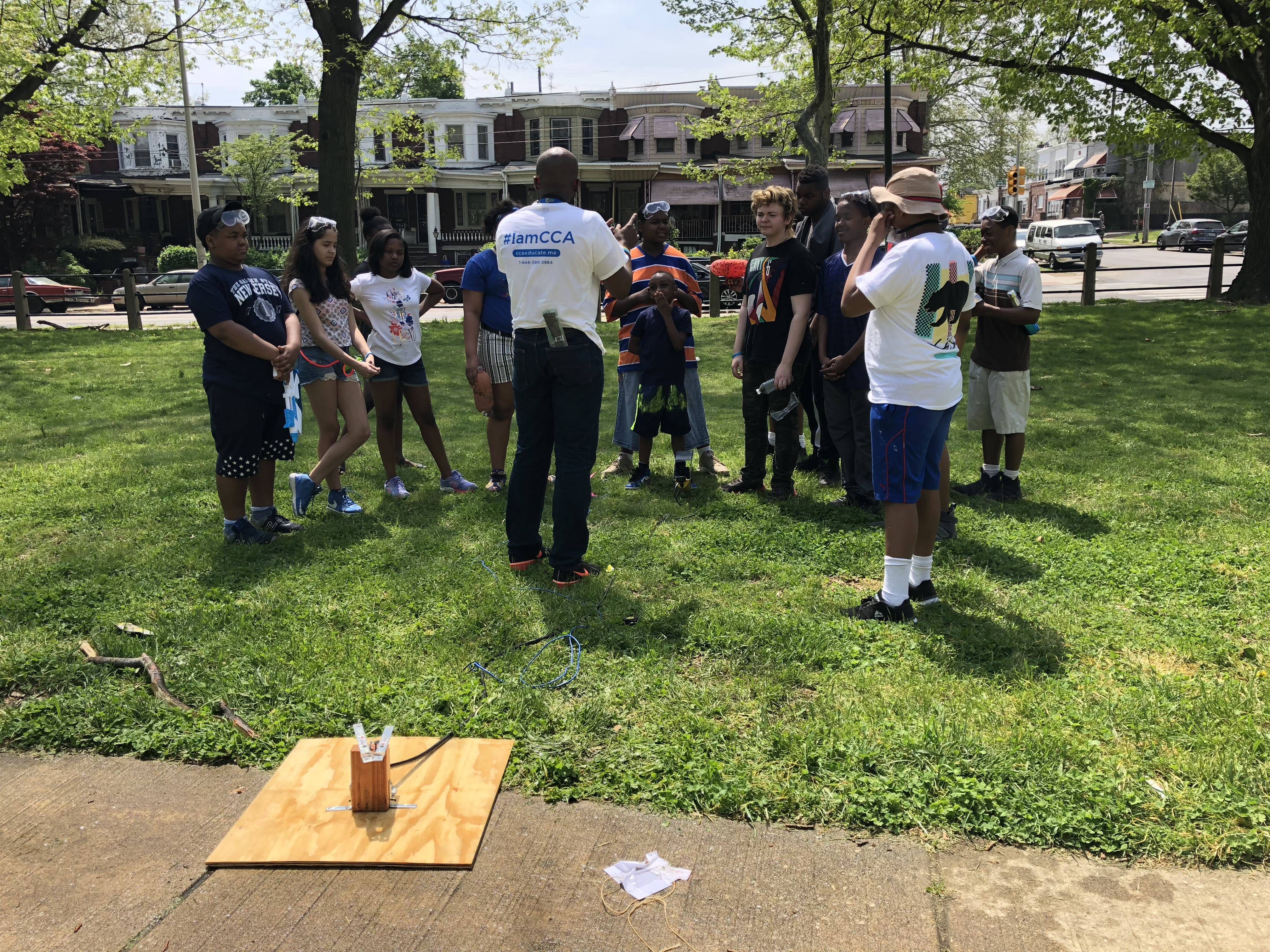 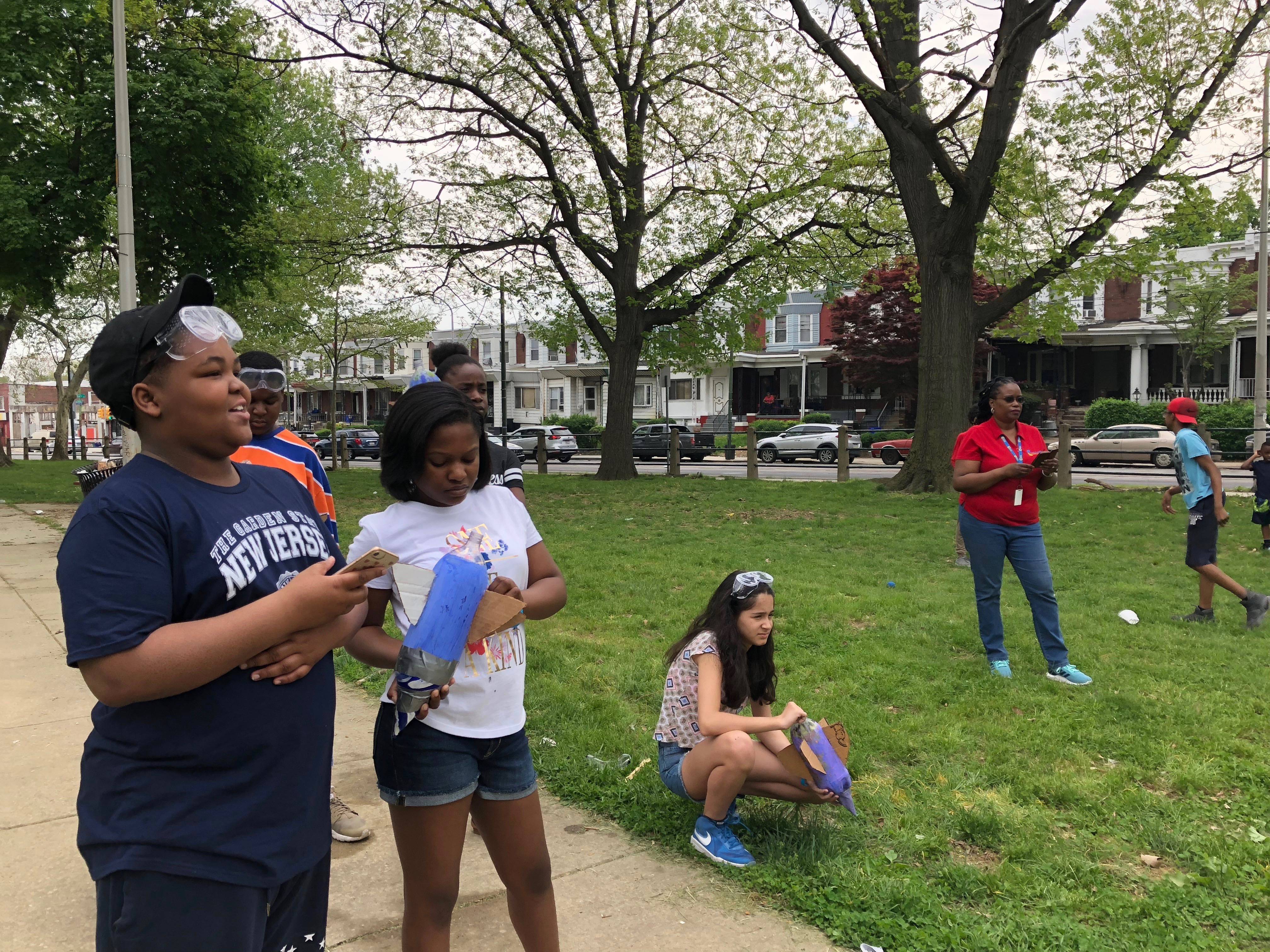