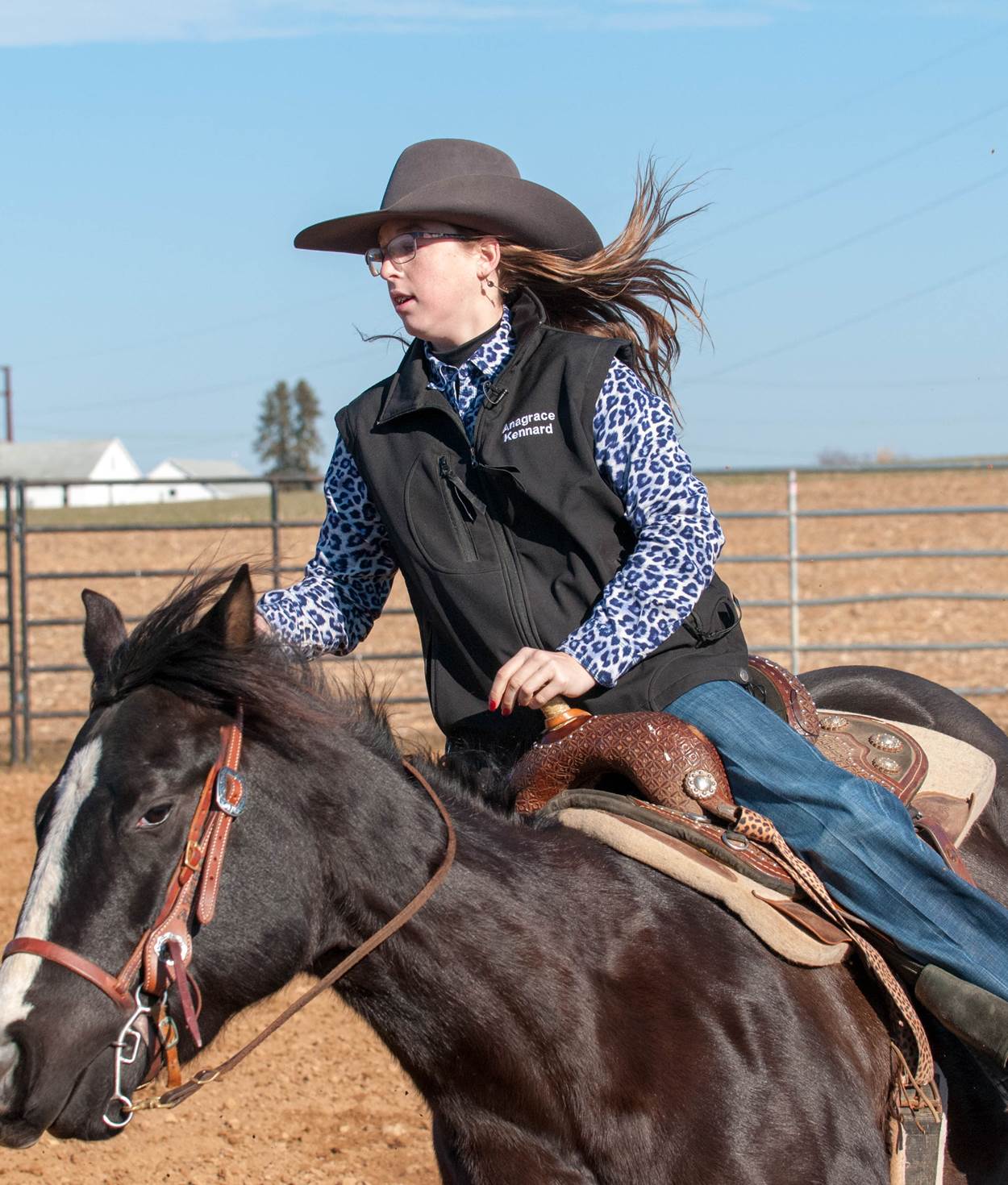 Christian, a CCA junior, and his sister, Anagrace, a freshman, have earned accolades on the rodeo circuit and will perform at this year's Farm Show.

The Kennard family was getting into the rodeo circuit approximately seven years ago when it encountered an obstacle no horse could jump over, nor could it be adequately tied up: the traditional brick-and-mortar school schedule.

The rodeo circuit often requires leaving on a Thursday or Friday night and not returning until Monday.

“It doesn’t take long to start adding up absences in the regular school district,” Greg Kennard said about his family’s pastime, which takes the Kennards all over the country to different events.

To ensure that his children, Christian and Anagrace, could continue on the rodeo circuit, Greg and his wife, Donna, started looking at other options. They found CCA.

Thanks to CCA’s flexibility and the school’s virtual atmosphere, the Kennard kids haven’t missed a beat when it comes to their education. They take their school computers and personal iPads when doing schoolwork away from the family’s Airville, York County, home.

“They’re doing something they like,” Greg said. “I like to see them give 100 percent … and you can’t do it half-hearted when you’re talking about large animals that weigh over 1,000 pounds.”

That was fine with Christian’s parents, but he needed to go to a bull-riding school. At Buck Wild Rodeo Co. in Union Bridge, Md., Christian, 16, excelled.

“Next thing I know, he’s riding in almost every event,” Greg said about the CCA junior. “He’s ridden at [AT&T Stadium in Arlington, Texas], Prescott Valley Event Center in Prescott Valley, Ariz., the [Hilton Grand Vacations on Paradise] convention center in Las Vegas … just all over the country.”

The cross-country trekking has provided Christian with some fantastic achievements. After a 2014 national competition, he was ranked seventh globally for miniature bull riding. He was 14.

It was around the age of 7 when Anagrace, now 14, became enamored of horseback riding.

“As time went on, she just got better and better,” Greg said.

So much better that the CCA freshman won the pole-bending championship in 2016 and that same year placed third in barrel racing. For the past two years, Anagrace has competed in the National High School Rodeo Association junior high division pole-bending and barrel-racing contests.

Anagrace’s talents will take her abroad when she travels to Australia next year and to participate in a rodeo tour. The opportunity to travel to Australia manifested as a result of making friends at national competitions.

“I’m doing extra chores to pay for it,” Anagrace said about her trip, which will begin in Brisbane and work itself around the rest of the country.

Three Willows Farm, which the Kennards call home, sits on 135 acres and is primarily a poultry farm that raises approximately 130,000 organic, free-range chickens every eight weeks. The farm will continue being Christian and Anagrace’s home for the foreseeable future.

“We want to stay on the farm and work here,” Anagrace said.