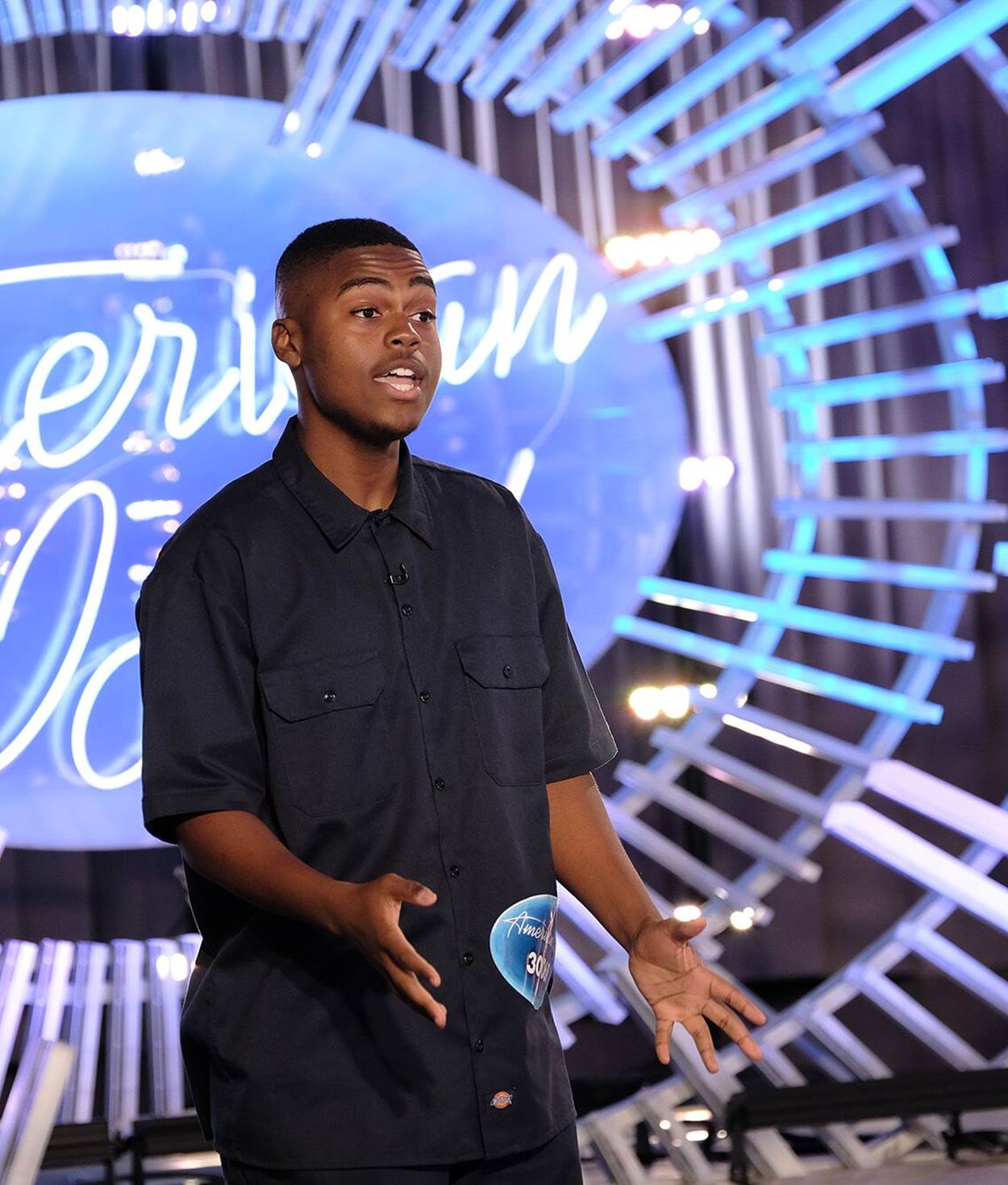 Michael Woodard of Philadelphia is a sophomore at Musicians Institute in Los Angeles and advanced to next round of the singing competition.

Is Michael Woodard the next “American Idol?” We’ll have to wait and see.

The 20-year-old CCA graduate auditioned last summer for a spot on the ABC reality show, and his audition aired as part of the March 25 episode of “American Idol.”

All three judges raved about Michael’s performance during the audition. He advanced to the next round of the singing competition.

“You have to be prepared,” Michael said about auditioning. “It can be really nerve wracking.”

The audition was the Philadelphia native’s latest step toward a professional singing career. Now living in Los Angeles, Michael is a sophomore at the Musicians Institute, where he majors in vocal performance.

He describes his music as a mix between soul and R&B, and strives to reach the same heights as his influences, Brandy, Sza and Kid Cudi.

Michael said he used his music during his days at CCA, where he admits he was a bit of a procrastinator. One teacher made Michael send in a song to pass a test. The song was about procrastination.

“The teachers were very supportive of me,” Michael said. “They taught me independence in every way possible. [CCA] taught me how to be self-dependent, and that makes you feel comfortable with being yourself.”

The lesson helped Michael to once again realize his love for music. He took an approximate four-year break from auditioning, choosing to instead focus on school. However, a year after graduating, he decided to audition for “American Idol” and “America’s Got Talent.”

While he didn’t make the cut on the latter, his talent can’t be denied. Before the move to Los Angeles, Michael had the kind of credentials that many can only dream about. He regularly auditioned in New York City at 8 years old, sang the national anthem and “America the Beautiful” at the U.S. Open when he was 10. He also sang the national anthem before President Barack Obama.

Thinking about these experiences leaves Michael a bit speechless.

“My mom always told me, ‘People would love to do what you’re doing,’ ” Michael said. “To have these opportunities and accomplishments … I thank God for that.”

His faith and God, plus the love of his mother, keeps him pursuing his dreams despite any setbacks.

“If [a professional singing career] doesn’t happen, I will be sad,” he said, “but, at the end of the day, you have to pick yourself up.”

Listen to Michael’s music on SoundCloud.