Commonwealth Charter Academy’s Real World Design Challenge Team Clinches National Title, Places Second in International Competition
The CCA team was one of 23 to compete nationally and one of more than 30 teams from six countries to compete internationally

“On behalf of all CCA students and families, the Board of Trustees, administrators, teachers, and staff, I want to congratulate the CCA Innovators for their hard work and these amazing accomplishments,” said CCA President and CEO Thomas D. Longenecker. “CCA students are the most creative, talented group of students who are committed to pushing the limits and achieving greatness. This is a significant milestone for the CCA family, and we applaud these seven students for their grit and tenacity.”

The 2022 RWDC Challenge was for each team to develop an Unmanned Aircraft Systems (UAS) to safely deliver packages within a city. The students had to design the UAS, create a theory of operation, and develop a business plan for the commercial operations of the system.

Each team had to adhere to specific, pre-determined guidelines, including:

In addition to designing an operable and reliable aircraft, the students also had to develop a business plan to account for all fixed and variable operating costs, profit, and price points for customers who use the service.

Named the Specialized Aerial Novel Transport – Automated, or SANTA, the team’s aircraft was capable of delivering an 11-pound package at a distance of 9 miles within 35 minutes.

The CCA Innovators is comprised of the following students:

At the international competition, the CCA Innovators competed against schools in Canada, China, India, Kenya, the Philippines, and the United States.

CCA’s RWDC team won the Pennsylvania state champion title in January, which allowed them to move on to the national and international competitions. For more than a decade, CCA’s team has competed in the state competition and has clinched the state title many times.

“CCA provides every student with the education, skills, and resources to showcase their talents and demonstrate their mastery and understanding of and ability to solve real-world issues,” said Longenecker. “Schools are to be laboratories of innovation by unlocking the potential of each student and allowing them to explore their passions and interests. This is how school works at CCA, and how school should work for every child.” 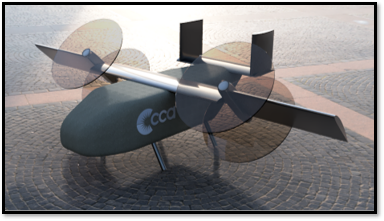 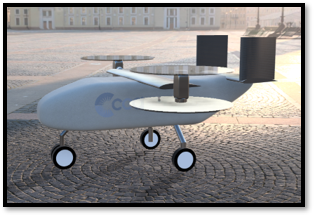