There’s a first for everything, and this year CCA held its first science fair for our middle and high school cyber students in grades 6-12. Traditionally, cyber schools do not hold science fairs. However, several CCA Science National Honor Society students decided to plan a science fair after their adviser, Julianna Schweinsburg, brought the idea to their attention. The hope was to get other students excited about science.

Schweinsburg, a CCA high school biology teacher, helped bring the students’ dreams to reality. It is hard for a cyber school to have even one science fair, but CCA held four from March 12-16 at its Family Service Centers in Dickson City, Harrisburg, Pittsburgh and Philadelphia.

Students who wanted to participate received a packet with instructions on how to design a hypothesis and information about the scientific methods they had to use to have a successful experiment. Because many students had never participated in a science fair, they had a new experience learning the process from start to finish.

“I’m hoping this builds students’ interest in science in general and expand[s] some of [the students’] ideas of what it means to be studying in a science field,” Schweinsburg said.

The project required students to decide on an area of interest they wanted to investigate, narrow down a testable question, run the experiment based on the question and record the results.

Determining a project for the fair was no easy task for some students. The experiment itself was time-consuming, and projects fell across many areas of science, from chemistry and biology to zoology and animal science.

To participate, students needed to record their tests and findings on a trifold poster and turn it into a visual presentation. Students did not make formal presentations, but teachers circled around, asking for explanations to the projects.

“I would love for this to turn into a yearly thing for students to participate in, ” Schweinsburg said. 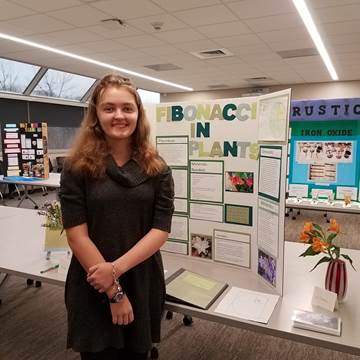 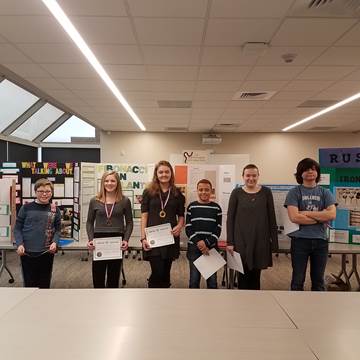 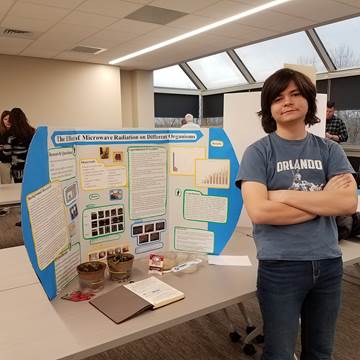