Kayla Whitney needed help for her lagging math grades and a chance to develop her burgeoning soccer skills.

She and her family found what they were looking for when they chose Commonwealth Charter Academy.?

“Even though I asked, I just wasn’t getting the help I needed,” she said. The lack of responsiveness, plus her immersion in soccer, led the Whitney family to choose Commonwealth Charter Academy, and the difference was immediate.

“When I first started, teachers were asking how I was doing, and what were my strengths and weaknesses,” Kayla said.

Kayla, of Lackawanna County, is a Class of 2016 CCA graduate and is attending Keystone College in northeastern Pennsylvania. She will study wildlife biology with a minor in psychology.

Through her choice of such courses as marine science and a hands-on internship at the Society for the Prevention of Cruelty to Animals in Pittston, Kayla customized her studies to pursue her lifelong dream of a career helping animals. A CCA program taught her to prepare a resume and business cards.

“She reached out to the SPCA and went through the interview process for the internship,” her father, Stewart Whitney, said. “CCA gave her the resources to go out in the workforce and market herself.”

Kayla’s sister, Stephanie, is a sophomore at CCA this year.

“Here, she could take whatever classes she wanted at any time, play in her soccer games and tournaments, and still get her high school diploma,” he said.

Kayla’s courses were rigorous, but her teachers were always “open and willing to help.”

“If you have a bad grade, they’ll call and ask if there’s anything they can help you understand,” Kayla said. “If you want extra credit, they’ll give you work to earn more credits toward your grade.”

Stewart Whitney found similar encouragement for parental involvement. CCA gave Kayla the support to maintain her academic status while also playing regular-season soccer and becoming the only girl in the boys’ division of a regional all-star tournament. CCA’s flexibility and the caring attitude of teachers helped his daughter employ her “toughness and enthusiasm and energy.”

“CCA has motivated my daughter to go beyond what she’s capable of doing,” he said. “She has expanded her horizons and expanded her capabilities. Kayla’s accomplished a lot more than I thought she’d be able to accomplish, and I credit that to CCA, 100 percent.” 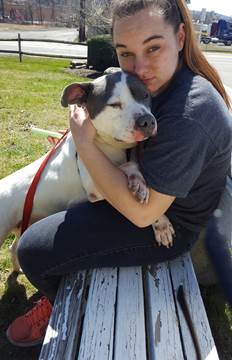